I started this website from scratch in 2007. Its still running and profitable today. My RockSmith tutorial was picked up by the company and used on their facebook page as a primer for their game. My most popular selling titles are Sultans of Swing Guitar Solo, Kaki King, and Naudo from Brasil. Here is an instructional video on recording by three time GRAMMY winning producer, Tom Wasinger.

Ken Saltz, co-founder of Working Knowledge, Inc., and his partner Jeff Gregory, have hired me to edit audio for his production company. They create training videos for companies and their employees. I was provided with a written script, and an hour long file of the voice talent speaking each line. There were several takes of each line. My job was to edit the audio to match the script. I inserted pauses and breaths to make it feel more natural. A touch of EQ and compression enhanced the clarity and gave every word an even volume. Finally, I delivered mono, 16 bit WAV files… thousands of them, clearly labeled.

Together with Nancy Wu, a talented voice actor, we recorded and edited a script for the United States Post Office. In this training module, employees are trained in procedures for reacting to an active shooter.

In 1996, I worked for Scharren Recording in Toledo, OH, where I was assigned to sit in the rafters and record the Toledo Symphony. The conductor was Andrew Massey.

Mike and I have a long standing relationship that goes back to 2003, when we both worked as recording engineers at the Denver Musician’s Union Recording Studio. I worked for him at Epicenter Records. I was on call for mando solos. I recorded solo guitar there. We put together a rock camp for kids. Mike and I remain close friends. He is currently producer for Tyler Ward, and Virgin Atlantic Records.

In my own personal recording studio, I recorded guitar, bass, keyboards, and other instruments. Sometimes I would use EZ Drummer, and sometimes a live drummer. We filled orders found on Taxi.com, and landed dozens of spots on reality TV. Here is an epic orchestral bed using Miroslav Strings and Orchestral Percussion.

I moved to Boulder Colorado in the summer of 2003, to form the Original Boulder Acoustic Society. We composed and recorded modern arrangements for jazz quartet. We performed as a full time job, and recorded in my home. The equipment used in this recording was: one stereo microphone and four musicians.

During the years 2005-2010, I played mandolin and fiddle in a roots rock band out of Lyons, Colorado. Celtic meets bluegrass meets jamband meets acoustic rock. The band’s sound was often compared to Dave Matthews Band. Our singer, Jeff Brinkman, was asked to appear on the reality TV show “The X-Factor”. This track was recorded on my 16 channel, 1 inch tape machine.

This track was recorded in Pro-Tools.

During the period from 1998-2003, I lived in Ann Arbor, and performed and recorded with CLIMB. We were a melodic hardcore band. The old ice factory near the railroad tracks on Huron and 3rd Street was a perfect place for a rave. This is where this music was recorded, on my 16 track, 1 inch tape machine. My guitar rig was a fender strat, Mesa/Boogie Tri-Axis preamp, Mesa 2-90 Power Amp, 4×12 Cabinet, Digitech RP-1 foot controller, Roland GP-500 effects processor, plus an obstacle course known as my pedal board.

We often recorded live performances, such as at the Heidelberg and the Blind Pig. Here is a a live performance in downtown Ann Arbor. It was recorded on an 8-channel Alesis ADAT Machine. Yes, the kind that use super-VHS tapes.

During the summer of 2004, I worked for the Denver Musician’s Union recording studio. We recorded many bands. But my favorite by far was Michael Nuccio. Owner of The Actor’s Menu, and talented poet and voice actor, Michael and I spent hundreds of hours recording his spoken word vocals, as well as the rest of his band, for his album “Man Outspoken”. 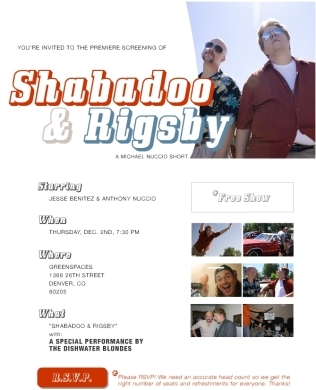 Here is a track from his album:

Jaden started taking lessons with me at age 5, and completed all the books in the Suzuki Method by age 10. We then turned to the Real Book and learned sight-reading, chord theory, and scales. She’s now a national act with her own band. Jaden is the third child student I’ve taught that have achieved the status of National Act while still children.

The next child prodigy that took lessons with me until he performed regularly with his own band is Rory Martinelli, a DJ known as R-Doo.

Camila Ballario and her band…

As guitarist for Camila Ballario’s band, we have performed duet gigs, as well as concerts with the full band. This recording was made at Leon Loft in Ann Arbor.

In the summer of 2010, I coached a kids band and helped them record a video.

During the summer of 2004, I studied classical guitar with Benjamin Verdery, Head of Guitar at Yale University at is Hawaii Guitar Festival. There I performed my original composition, The Crush. Here it is, recorded by 3-time Grammy winning producer, Tom Wasinger.

In the summer of 2002, I lived in Rome Italy and performed with the Rome Festival Orchestra as a Resident Solo Artist. I performed Vivaldi’s Concerto in D Major for Lute. Here we are at rehearsal.

I performed theVivaldi’s Concerto in D Major for Lute with the Adrian Symphony Orchestra in 2002.

I currently sell miniature buildings of my own design, which are magnetic, modular, and stackable. I’ve created molds for these original designs, which are available on Ebay, Etsy, Amazon, as well as DrakenStone.com/store.

I am a licensed Realtor, and currently manage the following properties:

I currently earn around $150 per hour on U of M Football Saturdays, since I have a 4.96 star rating as an Uber driver, with over 500 rides, and 7 customer service badges.

On of my favorite hobbies is taking long exposure photographs of the night sky. 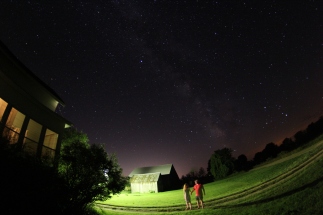 Los Angeles Development Church and Institute, 2017. My performance, composition, and recording of Gospel Music has resulted in nomination and acceptance of an award, recognizing a lifetime of service.